I just watched an inspiring program at metrotv, it’s called face to face with desi anwar. In this month episode, she talked to sir richard branson, a millioner entrepreneur from UK. here is the link: http://www.metrotvnews.com/metromain/newsprograms/2010/10/30/7342/385/Sir-Richard-Branson, and here are several lesson that I got from him.

1. Don’t ever say no to your self. If the other said that you can’t do it, then just try to do and prove that you can do it. If eventually you can’t, then pick a lesson why it is. 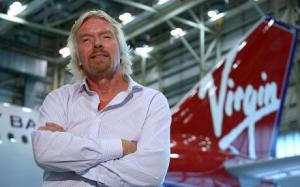 3. He said that he never disappointed at all in his life. He really enjoy his life and always take lesson from everything that he experienced.

4. He said that he never angry. He stress that why we have to angry? Because angry is not productive and very bad.

5. He also an adventurous person. He really like challenges and he will try to surround him self with people who also like challenges. He see a lot of hope in this world.

6. The key for his succes is he always try to make others life becomes better. He always try to create something that valuable for the other. If he saw something needed to be fix then, usually, he will enter that business and gives the best or improved version to his customer. The best example for this is  virgin atlantic, an airline who can beat british airways.

the last one, his leadership skill. He said, leadership is the ability to assign a responsibility to others, giving them the trust, and appreciate them. It what makes other flourished.

That’s all what I get from richard, I’ll also try to be person with a lot of optimism and always happy as well as never feel disappointed to others. He really inspire me.